Lane Roanoke was raised by her mother, Camilla, who was either sad, angry and cold towards her. Lane felt like her mother never loved her. When Camilla took her own life, she didn’t feel totally sad because for her, Camilla failed as a mother.

Since she was still 16 years old, she was sent to live to her closest and only relative — her grandparents. Her grandparents, Lillian and Yates, live in their mansion in Kansas. They are very rich.

When she arrived at the Roanoke farm (she was fetched by Charlie, one of the servants), she was greeted by Allegra, her cousin. Allegra is the daughter of Eleonor, the older sister of Camilla. Later that day, Allegra gave Lane a tour in the mansion. She showed her the Roanoke family tree too, emphasizing that all Roanoke Girls, except them, are dead.

So far, Lane liked Roanoke. Her grandad taught her how to feed the animals and how to drive. He also allows her to shop using his credit card. Lane was also having fun with Allegra, especially with the parties and double dates they have — Allegra with Tommy and Lane with Cooper. No matter how she liked it at first, Lane didn’t last very long at Roanoke.

Lane discovered that she was pregnant with Cooper’s baby. Coincidentally, she saw Allegra and their grandad naked in the bedroom. She then knew that what they did has been going on for a long time. That day, she ran away. Charlie helped her as charlie knew what was going on. She confronted Allegra before leaving, asked her to leave with her, but it turned out Allegra was inlove with their grandad. Lane left alone and ended up in California where she met her husband Jeff while she was a waitress at a bar. They later on divorced because Jeff caught her fucking someone else. Later on, she went back to Roanoke because her grandad called her and told her Allegra was missing.

Allegra emailed Lane a few days before her disappearance, but Lane didn’t respond. When she went back to Roanoke she looked for clues to solve Allegra’s sudden disappearance. She ended up finding Allegra’s body on the swimming hole, where they used to swim as a teen. After the investigation i turned out that she didn’t comit suicide. She was strangled to death and she was pregnant.

The first person she suspected was Sarah, the wife of Tommy. Tommy had asked Allegra to marry him but she firmly declined. However, they still had sex while he was married and Sarah knew about it. Also, she found a carving on Allegra’s dresser (since she writes in one word what she feels on any surface) which says “Run Lane” . Lastly, on her favourite spot on the carousel, Allegra left a word that says “Gran”.

She confronted her grandma, and had a fight with her which nearly got her killed. It was her grandad who stopped them, he also wept when she told him it was gran who killed Allegra. Gran was jailed in the end and her grandad asked her to stay with him, to start again, he also told her that he love her. Lane left her grandad alone and left with Cooper.

* Yates first did it with her younger sister, Jane, when she was 14 and he was 15. When Jane got pregnant, she ran away after giving birth. She left her daughter to Yates and Lillian and named her Penelope. After Jane left, Sophia (Yates and Jane’s younger sister) grew up beautifully just like the rest of the Roanoke girls. She later on started having sex with Yates but eventually killed herself because she could not stand the thought of sharing Yates to his wife and his growing daughters. When Penelope grew up and Sophia was gone, she started having sex with Yates as well. She died when she fell off the stairs after being tangled by her long nightgown. Yate’s oldest daughter, Eleanor, was next. She got pregnant and left her daughter (Allegra) in the mansion. Aside from Yates, she had sex with other men, including Charlie. When she was gone, there was Camilla who continuously had sex with Yates. She ranaway when she got pregnant and took her daughter with her (Lane).

*It was incest, but it was not rape nor sexual abuse since all the girls fell in love with Yates. They do it because they love and want him. Even Lane, the only Roanoke Girl who didn’t have sex with Yates, ended up fighting the urge to submit to him. He managed to kiss her, which she secretly liked before she got back to her senses.

*As what was described on the novel, Yates was very (devastatingly) handsome. 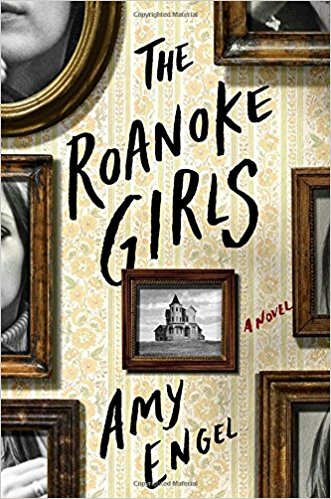 There was one night when the rain poured so hard, and i didn't want it to stop. Weird, because i was afraid and amused by the sound of the rain and thunder. The sound of it made me less alone that night. The next day i woke up to find my collection of journals soaked. I keep it near the window to make sure no one could read it. The writings can still be read but i was devastated by the damage. I wanted it preserved but i don't want it published. Still amused by the rain but afraid of the wrath it could bring to my journals, i created this blog. View all posts by Eva Harmoni